How Bluetooth Gets its Name-www.KICAonline.com

How Bluetooth Gets its Name-www.KICAonline.com

Bluetooth is named after King Harald Bluetooth who united  Scandinavia into a single kingdom. The logo is his initials HB written in old Nordic runes. 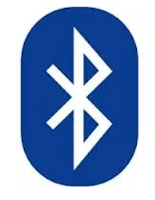 In 1996 a number of companies were looking to standardize the industry around a short-range radio link for doing a number of things which seem obvious today (not so obvious in 1996).

As we would approach different companies to talk about what short range wireless technologies could do and how having a single short-range standard would be so much better than having three or more competing and fragmenting standards, it became apparent the need to have a single name; as Intel would talk to people about "Biz-RF," Ericsson about "MC-Link" and Nokia about "Low Power-RF," which also created confusion.

In December of 1996 we figured we had the right mixture of companies to be successful in driving the technology through a Special Interest Group (SIG) and met in Lund, Sweden at the Ericsson plant to get final agreement on forming the SIG.

At this time, Intel proposed that the SIG be called by the "codename" Bluetooth until the SIG's marketing group would come up with a formal technology name. When asked about the name Bluetooth, I explained that Bluetooth was borrowed from the 10th century, second King of Denmark, King Harald Bluetooth; who was famous for uniting Scandinavia just as we intended to unite the PC and cellular industries with a short-range wireless link.

Where did I hear about the name Bluetooth? This originated on an earlier business trip to Toronto, Canada where Ericsson's Sven Mathesson and I were presenting our technology proposal to an existing SIG; Sven pitching as MC-Link, and me pitching as Biz-RF.

After having our proposal firmly rejected, we went on a pub crawl through wintrily, blustery Toronto. Being a big history fan, I would trade stories of history with Sven.

Now Sven knew lots about radios, but not too much about history, but he had read this book (which at a later date he gave me a copy) called the Longships by Frans G. Bengtsson and would relate the history through this story.

In this book a couple of Danish warriors travel the world looking for adventure, and the king during this time was Harald Bluetooth.

When I got home from this business trip, a history book I had ordered called the The Vikings by Gwyn Jones" had arrived. Thumbing through the book, I found this (see Figure 2) picture of a giant rock, or runic stone, which depicted the chivalry of Harald Bluetooth, the guy which Sven just told me about!

Reading further, the book indicated that King Harald had this memorial made for Gorm his father and Thyri his mother: that Harald who won for himself all Denmark and Norway, and made the Danes Christian."


Demonetisation an Idea and Implementation!!
23 Nov 2016 Now its Indian Eye in the Sky- Cartosat images during Surgical Strike
30 Sep 2016 CONFUSING G.K POINTERS
27 Sep 2016 Free GS session with KICA-Kiran Prakashan Pvt Ltd at Mukherjee Nagar-DELHI
06 Aug 2016 UPSC-Continental-Drift-Theory-in-Detail-Kiran-Institute-of-Career-Achievements
15 Jun 2016 UPSC-Continental-Drift-Theory-in-Detail-Kiran-Institute-of-Career-Achievements
15 Jun 2016 World Hypertension Day being observed today
17 May 2016 Some bizarre Facts you may not know-www.KICAonline.com
05 Mar 2016 How Bluetooth Gets its Name-www.KICAonline.com
05 Mar 2016 What are some bizarre facts about India that seem total lies but are actually true?
03 Feb 2016 If-you-are-using-Packaged-Drinking-water-then-this-article-certainly-needs-your-ATTENTION!!
30 Jan 2016 If-you-are-using-Packaged-Drinking-water-then-this-article-certainly-needs-your-ATTENTION!!
30 Jan 2016 Major Points to Remember about Census of India for All Competitive Exams.
30 Jan 2016 Important-Defence-Exercises-Between-India-and-World
25 Jan 2016 What-is-LED-light-emitting-diode
20 Jan 2016 Modi-woos-startups-India-offers-them-3-years-tax-break
17 Jan 2016 Amazing-Facts-about-India-www.kicaonline.com
16 Jan 2016 15-January-Happy-Army-Day
15 Jan 2016 WhatsApp crossed 1Billion downloads on Android with 4 engineers-That's what Brain can do with Technology
12 Jan 2016 What are some of the fascinating facts about Maharajas Express?
08 Jan 2016