Tim Cook is finally focusing the energies of Apple in India. Tim Cook is in India, and in the process of visiting various officials. Announcements related to Apple stores, and an incubator program to encourage startups plugged in to the iOS ecosystem are expected. While there are signs that India has been taking to Apple, there are some major challenges that the company has to work around.  10. Refurbished iPhones: Apple’s plans to sell refurbished iPhones in India has been rejected. Resale of refurbished iPhones is faced with stiff opposition from other local manufacturers, including Samsung, Micromax, Intex and Karbonn.  Apple has to work around the perception that it’s using India as an e-dump for disposing second hand products that will not find value elsewhere. Apple has tried to maintain that these are high quality used phones and meet the stringent quality specifications set by Apple for its new products. It also believes only low quality second hand phones lead to an e-waste problem. The refurbished phones are a good fit for a price sensitive or value conscious market such as India. As far as Apple is concerned, these lower price devices can lead to an upgrade to a higher priced device later on.  09. Slow 4G LTE Rollout: Apple’s innovative technological products are dependent on a good 4G LTE network. Tim Cook considers the lack of an 4G LTE rollout as a big factor holding back the sale of Apple devices in India. This problem seems to be in the process of being solved, with major telecom companies deploying their 4G LTE networks. India is expected to have 9 crore 4G subscribers by 2018. 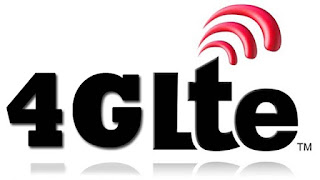 In an interesting development, Lenovo-owned Motorola is reportedly planning to ditch the Moto X brand and rename its flagship handset series. The company is pegged to release two flagship smartphones this year under a new 'Z' series brand name for its flagship smartphones.  Motorola has been traditionally selling its premium flagship smartphones under the Moto X brand. However, noted tipster Evan Blass reports that the company is looking to do a brand re-jig, and is keen on calling its flagship smartphone series Moto Z going forward.  According to the rumour mills, the two upcoming Moto flagships this year have been codenamed Vector Thin and Vertex. Blass asserts that Vector Thin is the more premium smartphone, and will be the one that will be called Moto Z. The Vertex is expected to be dubbed as Moto Z Play.  Motorola is doing more brand tweaks by replacing the Verizon Wireless' Droid Turbo and Droid Maxx, and renaming them to 'Droid Edition'. The report also talks about the much rumoured 'Amps' - the modular backplates Motorola plans to introduce with the flagship     rtphones this year. Blass claims that these backplates will be called MotoMods, and not Amps.  Blass reiterates Lenovo plans to unveil these smartphones at the Lenovo Tech World Show in San Francisco starting from June 9. Recapping previous leaks, the Moto Z aka Vector Thin is expected to come with a 5.5-inch QHD display, a Snapdragon 820 processor, 3GB or 4GB of RAM, 16-megapixel rear camera, 32GB of inbuilt storage, 2600mAh battery, and be sleek at just 5.2mm in thickness.  The Vertex aka Moto Z Play will sport a 5.5-inch full-HD display, a Snapdragon 625 SoC, 2GB of RAM, a 13-megapixel rear camera, 16GB and 32GB storage variants, a 3500mAh battery, and be a bit thicker than the Moto Z Play with thickness of 7mm.  As rumoured, the smartphones will come with 16-pin connectors at the back to attach the modular backplates aka the MotoMods. Motorola is said to planning on releasing six backplates at launch, namely - a battery pack, a rugged cover fitted with a wide-angle lens, a camera-style grip complete with a flash module and optical zoom, a stereo speaker setup, and a pico projector. Download the Gadgets 360 app for Android and iOS to stay up to date with the latest tech news, product reviews, and exclusive deals on the popular mobiles.

The iPhone 7 is largely rumoured to ditch the antenna bands at the back and sport a clean metal look. Now a new image leak gives us a look at where Apple may be shifting the antenna bands to.  A new image of the iPhone 7 has surfaced on Chinese social networking site Weibo, showing us the new placement of the antenna bands. This image was first reported by LetemSvetemApplem, and it suggests that Apple is looking to shift the antenna bands to the top and bottom edges of the device. The lines will spread through the top and the bottom and end just at the curve.  The image also reveals an additional hole under the microphone opening next to the camera. While one can only make assumptions, a Weibo user seems to think that Apple may be bringing laser autofocus support to the iPhone 7. If this is true, it will significantly improve the smartphone camera's low light performance, and even help focus on objects faster. 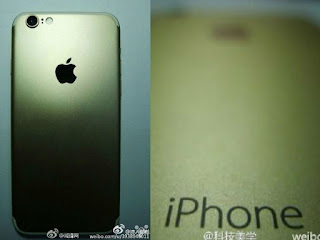