Call it the return of the prodigal son. Or the new great hope. Or something like that. But in a big announcement today Nokia, the company which has not been sold to Microsoft, has said that it is returning to the phone business with Android phones and tablets. Read more 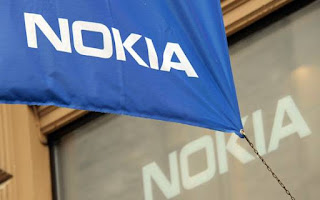 WhatsApp on Windows: How to use it

For long a mobile-only app, WhatsApp now offers two ways to users who want to access it on their computers. Earlier, the company had unveiled a web version of the service. On Wednesday, it announced the native desktop apps for Windows and Mac.  So, how do you use WhatsApp on a computer and what all you need. Follow these steps:Read more

Work smart: 10 tips that will make you Gmail expert

Let's face it, Google today is synonymous with  internet.  With its numerous online services, it has become nearly impossible to go a day without Google. One of its ubiquitous service is Gmail, which has become an indispensable part of our lives. From sending school applications to forwarding job resumes, we today use Gmail almost all the time.  While using Gmail is quite simple, you can always choose to be the smarter one by exploring some of the hidden features that Gmail offers. Here are 10 tips that will help you use Gmail in a better way.

Colour your stars Ditch those boring looking stars and show some love for the colours in your inbox. Not only the colourful stars look cooler, they also help you organise your inbox.  So how do you do it? Go to Settings and then look for Stars section in the General tab. If you're fine with the Google preset stars, you can select 4 stars or all stars to have more star colours available to you. You can also drag and drop each star from Not in Use category to In Use category.  Once you are done, scroll down and click Save.Read more

Google wants professional women to be better represented in emoji form. In a proposal to the Unicode Consortium, which controls specifications for emojis, Google says it wants to create a new set "with a goal of highlighting the diversity of women's careers and empowering girls everywhere." The proposal says women -- and those under 30 in particular -- are the most frequent users of emojis.Sample emojis provided by Google in the proposal show several female characters in professional clothing, including business suits, lab coats, medical scrubs and construction hats. One sample emoji even has a pitchfork and a farmer's hat. Google has also included sample male versions of the same emojis. Mountain View, California-based Google wants Unicode to standardise the emojis by the end of the year. 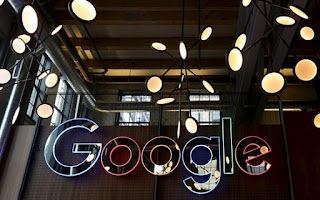 It's official, Apple to set up app design & development centre in India

BENGALURU: It's official. Apple will set up an app design and development accelerator in Bengaluru to support engineering talent and grow the country's iOS developer community. The accelerator is expected to open in early 2017. The new initiative coincides with Tim Cook 's maiden visit to India as Apple CEO where tens of thousands of Indian developers will make apps for its operating system to provide seamless experiences across all Apple devices. The facility will also provide support and guidance on Swift, Apple's powerful and intuitive programming language created to build apps for iOS, Mac, Apple TV and Apple Watch.

Cook said India is home to one of the most vibrant and entrepreneurial iOS development communities in the world. "With the opening of this new facility in Bengaluru, we're giving developers access to tools which will help them create innovative apps for customers around the world," he said. Bengaluru has emerged as an innovation hub for technology startups as well as larger enterprises. Over 1 million people in the city work in the tech sector, and over 40% of graduates from local universities specialize in engineering or information technology. Bengaluru has the largest developer community outside Silicon Valley. As of January last year, Apple had 1.4 million apps on its App Store .