Amazon's foray into brick-and-mortar outlets began last year in Seattle and continued this year with a package pick-up center at the University of Pennsylvania. That won't be the end of the effort, Chief Executive Jeff Bezos said Tuesday.  "We're definitely going to open additional stores, how many we don't know yet," Bezos said at the company's annual shareholder meeting, according to the Wall Street Journal. But at least initially, the expansion is more experimental, he said: "In these early days it's all about learning, rather than trying to earn a lot of revenue."  Amazon has said it'll open small pop-up store kiosks in San Francisco and Sacramento, California, and an Amazon Books store in San Diego, but it's not yet clear how widespread the stores will become. The company didn't immediately respond to a request for comment.  Amazon for years tried to avoid state sales taxes that retailers with physical stores had to pay, but the company changed its tune. That means there's no penalty to opening retail stores, where customers can examine products directly and buy them without having to wait for a delivery truck.

Apple may introduce a third variant of the iPhone 7 this year.  The company has already begun production of its 2016 iPhone lineup, tech blog site Mobipicker said Monday, citing information from an anonymous source.   A screenshot shared by the tipster showed three iPhone models slated for this year: an iPhone 7, an iPhone 7 Plus and an iPhone 7 Pro or Plus Premium. Apple device makers Foxconn and Pegatron have reportedly bumped up staff to handle all three versions, the source told Mobipicker.  Last year's iPhone 6S and 6S Plus apparently didn't offer enough exciting new features to sway consumers to upgrade, leading Apple to report its first decline in iPhone sales. To regain lost sales and compete with rivals such as Samsung, Apple needs to shake up the iPhone 7 lineup with some innovation that can lure in buyers searching for a new phone.  Rumors have already floated that Apple would outfit one of its next iPhones with dual cameras, but that feature may only be added to the iPhone 7 Plus, with the regular iPhone 7 continuing with a single camera. If you add a third variant to the mix, it's anyone's guess as to which features each of the three models would carry.  Other reports have suggested that this year's iPhone would sport stereo speakers, jettison the traditional audio port and offer a rear camera that is flush with the phone's surface. However, the feeling among certain analysts, such as KGI Securities Ming-Chi Kuo, is that the iPhone 7 won't offer the necessary must-have features to captivate smartphone buyers.   Instead, Apple may be saving a major upgrade to its iPhone lineup for 2017. Next year will mark the 10th anniversary of the iPhone, at which point Apple may outfit the new model with an edge-to-edge display and remove the physical home button.  But with Apple in a sales slump, the company still needs to come up with something enticing this year. Apple didn't immediately respond to CNET's request for comment. 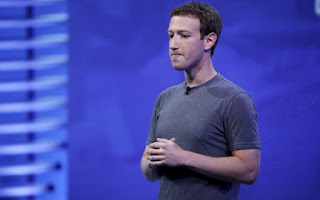